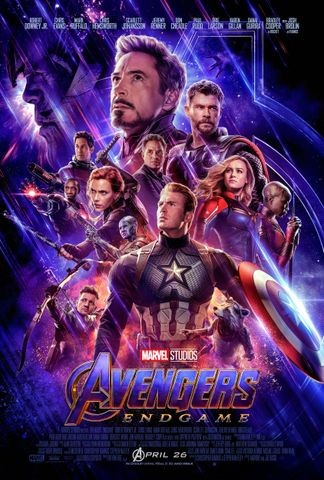 HUGE SPOILERS BELOW! YOU HAVE BEEN WARNED!

Avengers: Endgame is the latest movie in a string of Marvel Cinematic Universe (MCU) movies, and is also the final film centering around the original Avengers team. After an unprecedented 21 movies, all woven together through genius storytelling, this journey has finally culminated itself into a final battle. As expected, everyone on the team is still reeling from the defeat by Thanos and the loss of half the population. However, the group soon discovers that Thanos has destroyed the infinity stones, leaving them with no way to reverse the tragic aftermath of the infamous snap. Five years later, a chance to gather the infinity stones, while in the past, is presented. With no other options, the Avengers suit up in order to restore the world to a prior semblance of peace. However, the Thanos of the past learns of their plan and works against them, complicating their fight against him.

The one flaw that this movie suffers from is that a few of the surviving characters, namely Captain Marvel, get very little screen time. Nevertheless, this lack of screen time was understandable as the movie bid farewell to many of the original Avengers.

Tiny nitpick aside, THIS MOVIE IS AMAZING!!!!!!! Everyone is back for one final hurrah, and by everyone, I mean EVERYONE. Any character who has ever appeared in a Marvel movie is in this movie, even if only for a few seconds. Despite its permanence, death doesn’t even serve as a deterrent to certain character appearances, such as that of Thor’s mother, Frigga, who gets to have one final conversation with her son. Howard Stark also gets to speak to Tony, revealing that he truly does care about his son. Speaking of Tony, he was easily one of the movie’s best characters. While, at first, he does not want to go back in time, this is simply because he is now a father, one that is completely devoted to his daughter, Morgan. Morgan herself is an adorable addition to the franchise’s characters and it’s very easy to see why Tony loves her so much. Nebula also benefited from a great amount of character development and this is coming from someone who once didn’t care that much for her. She is clearly hurting over Gamora’s death and her failure to truly mend their bond is weighing heavily on her. Thor also proved to be yet another developed character within the movie, his change in appearance and personality exemplifying the toll depression takes on a person, serving as a realistic description of the pain he is facing over his failure to stop Thanos. If I listed everyone who was fantastic in this movie, we would be here all day. Thanos finally acts like the Mad Titan from the comics. Once he learns about the Avengers’ attempts to reverse his plans, he pulls out all the stops to prevent them from hindering his 50% plan. Speaking of Thanos, the final battle scene featuring the fully assembled Marvel heroes fighting him and his forces is one of my favorite scenes in movie history. I remember how loud the cheers within the theater got as each hero materialized, the aforementioned applauding reaching a climax when Spiderman made his triumphant return. Both of the deaths in this movie were incredibly moving. Black Widow goes out before the final fight with Thanos and despite a valiant effort, she isn’t revived. But easily the biggest tearjerker in this whole film is the death of Tony Stark. After an incredible moment of him using the infinity stones to dust Thanos and his army, he dies with Pepper (who had donned the Rescue armor to fight Thanos), Spiderman, and Rhodey watching him as he takes his final breath.

This movie was easily a strong contender to be my favorite movie of all time. I loved nearly every scene and I couldn’t believe how amazing it was. This movie ended nearly ten years worth of storytelling and simultaneously sets up at least another decade of Marvel entertainment. Avengers: Endgame truly is one of the greatest superhero movies of all time.