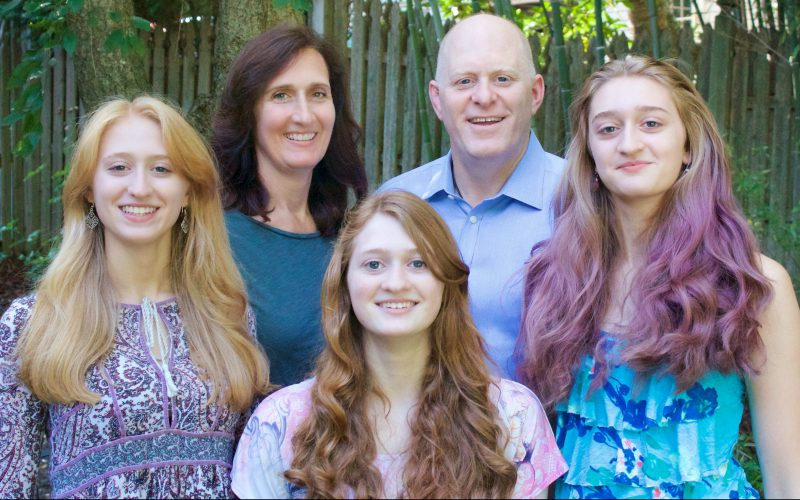 It is fair to say that in this past November break, most of us spent our time relaxing, hanging out with friends, or maybe even on vacation. But Josie Maguire, a sophomore student here at South, didn’t quite have the stereotypical fall-break. In fact, Josie spent her break wrapped up in Middletown’s own political war. As the daughter of township committee candidate, Tricia Maguire, she became heavily involved in her mother’s campaign. With everything from canvassing to fundraising, here is an exclusive look into her unique, crazy, exciting, and, above all, unforgettable experience…

EE: What did your mom run for?

Maguire: She ran for township committee.

EE: Do you remember when she decided to run?

Maguire: I think it was around March or April. She was at this meeting, and she realized that the Democrats didn’t have anyone else for the ticket; they wanted two people, so there wasn’t a blank spot [on the ballot], so she decided that she was going to run. We didn’t expect it, but we were all really excited for her.

Maguire: She wouldn’t have gone through with it if everyone else hadn’t decided that it was okay. She would have dropped out, but, at first, it was a really quick decision. She had to decide it fast, so she told them that she would volunteer, and then she ran it by us to make sure it was okay.

EE: How did you feel when you found out that your mom was running?

Maguire: I was really excited because I always knew that my mom was capable of a lot more than she had previously been doing, and I thought ‘Yes! She can totally do that!’

EE: What do you think motivated her to step up? Couldn’t someone else could have volunteered to run?

Maguire: Well, nobody else was stepping up. They had one other person running and they needed another. I think what motivated her was she was looking for a way to help out. She wanted to make a change in Middletown because she knew that something had to be done; she knew that somebody had to step up and she wanted to be that person.

EE: So did you expect her to win?

Maguire: Honestly, I wasn’t sure. I thought if anyone had a chance it would be my mom, of course, because she is amazing…Nobody was really sure, honestly.

EE: How involved were you?

Maguire: I canvassed with her a lot. When she had fundraisers, I helped by sitting and checking people in. I got to talk to a lot of wonderful people, and I also helped with organizing some binders. Since there were a lot of people at our house in the last few days, I had to help set up tables for them.

Maguire: Oh my gosh, that was so cool! I got to meet so many amazing people. I didn’t know that there were so many inspiring people around here. I met this veteran name Tom, and he was responsible for taking care of the flag in his neighborhood and was very involved in the community. His dedication was inspiring.

Maguire: So we were knocking on this person’s door, and they weren’t there. It was kind of weird because their front door was kind of hidden, and, when we knocked, nobody was home. So then we started to leave, and this cat just came out of nowhere. So I pet the cat, and it was just purring against me. Then, I started to leave, and the cat followed me for like two blocks!

EE: Were people being rude while you were going from door to door?

Maguire: Surprisingly, nobody was really rude about it. People were hesitant to open their doors, but, once they figured out what we were doing (they probably had thought we were sales people or something), they were really open to it. They did not hesitate to give their opinions, which shows how frustrated a lot of people are with their voices not being heard.

EE: How did your mom’s campaign affect your family on a day to day basis?

EE: How did this experience change your perception of your Mom and women in politics?

Maguire: I realized how important it is to have a very solid image of yourself because people are going to try to break you down. I found out how resilient my mom is and how she just will not give up fighting. It made me realize how much more women have to fight because they are automatically seen as a little weaker, I think. Being in a room of men, you have to speak out a little more to get your voice heard. It just showed how confident and powerful women in politics are and have to be to get ahead.

EE: Did you agree with the platform that your mom was running on?

Maguire: Definitely, because it was a lot about giving people the voice that they didn’t have and bringing a new perspective to Middletown’s committee because in any type of government you need different perspectives. So yes, I was 100% with my mom in everything she did because she really knew what needed attention.

EE: Do you think that you were able to fully support your mom throughout her campaign?

Maguire: Yeah, and I’m not just saying this because she is my mom. I’m saying it because it’s true. A lot of kids, they have to have the same the opinions as their parents. My parents have done really good for me because they have allowed me to form my own opinions, and they have said that, even if I don’t agree with everything they agree with, it’s okay. Given the room to form my own opinions, I have still come to realize that my parents are awesome, and I totally agree with them. So yes, I fully support my mom.

EE: Did you ever worry that if your Mom won, your family would be affected negatively.

Maguire: I thought there was going to be a chance that it would make her very busy and we wouldn’t get to see her, but I was never worried that it would affect my family in a negative way. I was kind of like ‘bring on the challenge’; I was ready for this.

Maguire: We went to this building and my sisters, Fiona and Maeve, and I were the only three kids in the room with my mom, my dad, my grandparents, and a couple of other people. We had this projection board set out, and all the Democrats running were in the room. People were coming in. They were getting the statistics from each district, and we would add them up as every single person came and went, meaning we were seeing how much we were losing or winning by. Even as it became more and more clear that she was going to lose, nothing really changed. People were still happy. I mean she lost by a lot less than other Democrats in previous years. Of course, it was her first time running a campaign, and she ran a really good campaign. People were just happy because, although she didn’t win, it showed the progress that we had made.

EE: What did you learn from this whole experience.

Maguire: I learned that, in order to do good in something, you have to stay true to who you are and what you want. Without those two things, people aren’t going to trust you. Because she stayed true to that, who she was and what she wanted, for Middletown I mean, we were able to gain the trust of a lot of people. That was very important because you need to be trusted in order to do good at something like that.

EE: Do you have anything else you would like to add?

Maguire: It was just such a great bonding experience for my family. It really showed how well we stick together. The entire campaign was just, like, a good story. You can’t really go through that rigorous sort of thing, and come out together without being closer.

Although Tricia Maguire did not win the 2017 election, she is already preparing to run for the 2018 campaign- a challenge which Josie and her family are more than ready to take on.