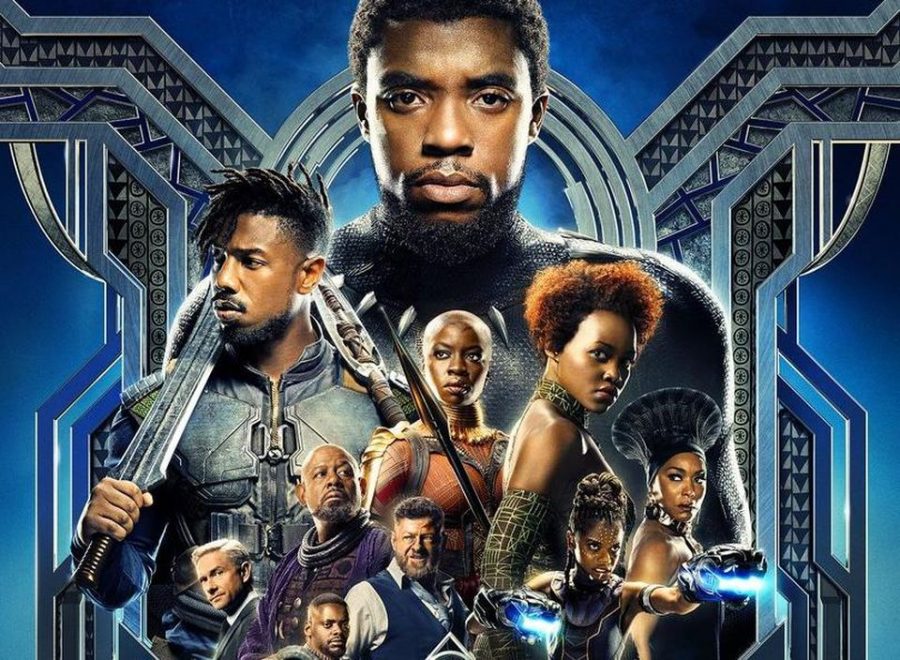 I’ve had a long history with Marvel, especially the current cinematic universe. I saw the first Iron Man in theaters and have seen almost every movie they’ve done since. But with so many movies, there were certainly peaks and valleys in quality. We had duds like Iron Man 2 and Thor: The Dark World. We’ve also had simply passable entries like Thor: Ragnarok and Avengers: Age of Ultron. But then there’s been the greats, like the Captain America sequels, both entries of Guardians of the Galaxy, and Spiderman: Homecoming. Black Panther was actually introduced in Captain America: Civil War alongside Spiderman. And he was one of the standouts of the movie, portraying a fascinating and watchable character. So when it was announced that he would get a movie of my own, I was cautiously optimistic.

Not only were my expectations met, but they were exceeded. Black Panther took all my leftover worries from Ragnarok and threw them straight out the window. This is a Marvel film done right. Sure, it had its flaws as all movies do, but I was talking about this movie long after I left the theater. Everything from the set design to the performances was not only great, but distinct from the rest of the Marvel Cinematic Universe in a way that most films in the brand aren’t.

So what makes this movie so special and unique among the MCU? I’ll start with the set and music design. Most Marvel movies take place in a pretty bland, gray, and urban environment with a similar color palette and similar music playing in the background. While this does accomplish the intended feeling of a shared universe, it’s also boring and makes each movie stand out less and less. Then Guardians of the Galaxy came up with its own 80s inspired aesthetic and Ragnarok wound up copying that. Black Panther stands on its own, with a memorable setting with sets that show the best of it and music that truly fits the locations, characters, and mood of the film. Wakanda is a what-if, a glimpse at what a first-world, technologically advanced African country would look like. Despite its modernization, it still retains its long-held cultures and customs, which are incorporated into every facet of the sets, costumes, and even the music.

Background characters wear traditional African clothing and jewelry, many choose to go shoeless– and none of this is treated as a foreign quirk to be laughed at or considered strange, but instead is shown as it is: a long-held way of life just as valid as anyone else’s. The buildings still maintain elements of traditional African architecture, artistic designs containing actual African art in them. Even the weapons are accurate, with one character actually wielding a knobkerrie (A traditional South African weapon similar to a European mace) into battle while being an absolute badass doing so. The music also features actual African vocals and instruments in it, which really sets the score aside from other Marvel movies. As far as original Marvel soundtracks go (Guardians of the Galaxy doesn’t count since it used pre-existing songs), this one was probably my favorite.

Of course, great set design wouldn’t amount to much without a good story and good characters to give it a purpose. I’m not going to spoil the story since the movie is still in theaters, but I will say that I greatly enjoyed it and that it wasn’t that similar to the other MCU plots. Plus the underlying themes are actually highly topical and relevant in a way that most superhero films aren’t, which I found impressive and commendable. T’Challa (Chadwick Boseman), the main character, plays a really enjoyable superhero while still feeling very human. Supporting protagonists are also great, such as T’Challa’s younger sister Shuri (Letitia Wright), who manages to be both an incredibly intelligent and funny character at the same time, never feeling like comic relief. Others, such as Nakia (Lupita Nyong’o), Okoye (Danai Gurira), and M’Baku (Winston Duke), are also a pleasure on screen with pretty cool roles to play, although there’s not really too much else to say about them.

I also need to talk about the villains of the film. Andy Serkis as Ulysses Klaue was my favorite part of the generally mediocre Age of Ultron, and he returns here in a much better movie with a much bigger role. He’s charmingly evil and absolutely hilarious while still feeling like a threat. I just love the guy. But even better was Killmonger, played by Michael B. Jordan, who is easily one of the best Marvel villains, if not the best. It would be criminal to spoil much about him, but what I will say is that he’s a very important character to portray in a film like this and he represents a very real struggle and very real motivation for violence in the world. He’s an excellent villain and is still very human. His dialogue supports this, never feeling like a villainous speech and always feeling like something an actual real life human being would say. Plus, his musical theme is the best in the movie.

Really, I just loved this movie and would watch it again in theaters. And the box office agrees with me! It’s the fifth best opening weekend in cinematic history for very good reason. And perhaps more importantly, this movie’s success and quality should really prove something to Hollywood. This is one of the biggest success stories in the history of superhero films. A hero of any race can be a hero to anyone, and they can tell truly important stories. I’d call it the best film of the year, but the year is young. So for now I’ll just say that we’re off to a fantastic start.