The Truth About GMOs 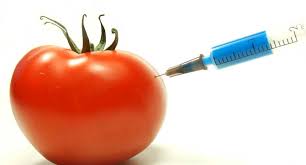 Genetically modified organisms, better known as GMOs, have been a topic of conversation in the world of science for years. The practice of genetically engineering plants has been active for over 10,000 years, as farmers need to meet the high demand for produce despite weather conditions. While some people believe GMOs to be harmful and try to keep them out of their diets, others do not see the concern. People tend to be in favor of the idea that they are detrimental to your health; however, new research may sway them the other way.

In 2016, a federal law required food companies to label genetically engineered foods. Walking down almost any grocery store aisle, it would not be difficult to find a product labeled “Made without GMOs.” The real question that consumers should be asking, however, is not how to avoid GMOs, but if they are really harmful.

A multitude of contradictory studies have been published, some say that GMOs should be avoided at all costs, others state that they are not as bad as they are believed to be. The article, “Are GMOs Harmful?” by Brooklynne Dalton of Corveta Agriscience, discusses an experiment conducted by a group of sciences to find out if GMOs should actually be avoided. Dalton states that “The committee found no differences that implicate a higher risk to human health from GE foods than from their non-GE counterparts”. While most scientists believe that GMOs are not harmful, the general public shares a different belief. According to the New York Times, “…about 90 percent of scientists believe G.M.O.s are safe — a view endorsed by the American Medical Association, the National Academy of Sciences, the American Association for the Advancement of Science and the World Health Organization — only slightly more than a third of consumers share this belief.” It is not hard to understand why consumers- who have more information than ever before at their fingertips thanks to new innovations such as the internet- are becoming more wary of the foods they eat. It is important to note, however, that the practice of genetically modifying food has been around for centuries. Many consumers express concern over the long term health effects that GMOs can have on humans. Science has lent a hand in discovering ways to alter food in order to keep it viable in poor weather, as well as safe from threats such as  bugs. The hype over GMOs has not subsided, despite research that denies the ill-effects many are scared of. In the New York Times article “Are GMO Foods Safe,” Jane E. Brody elaborates on the idea that, “[consumer] fears have not yet been quelled despite hundreds of millions of genetic experiments involving every type of organism on earth and people eating billions of meals without a problem.”

Consumers are willing now, more than ever, to take the time to do extensive research on what they put into their bodies. This is a great step towards becoming a healthier individual. While GMOs are a hotly debated topic, it is imperative that consumers take the time to research and understand how GMOs- and the effects of such changes- are affecting both their bodies and the environment.