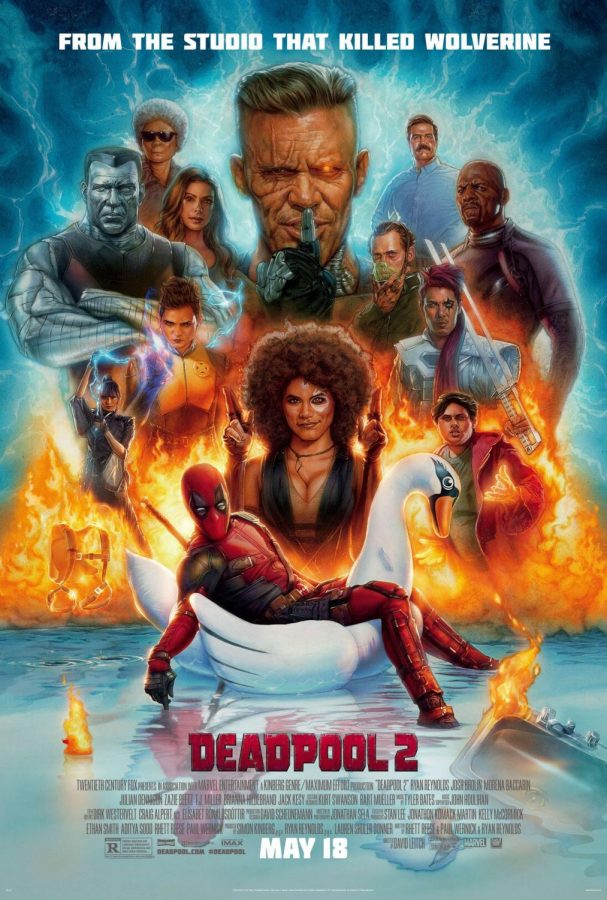 In Deadpool 2, the sequel to the hit movie Deadpool, the merc with a mouth himself finds himself trying to protect a mutant kid named Russell from the villainous Cable, who is from the future and wants to kill him. In order to do this, Deadpool assembles a team called the X-Force in order to stop him.

As much as I wish I could say this movie is perfect, I can’t. Some of the humor completely missed its mark and, at times, made me a little uncomfortable, with special mention going to the scene where Deadpool is dying. Some of the characters don’t act like themselves, Colossus in particular. Most of the new characters also are underdeveloped with special mention going to Negasonic Teenage Warhead’s new girlfriend and most of the members of X-Force. However, the biggest problem is that this movie is way too depressing at some points. This is Deadpool, not Batman!

In spite of the flaws, this movie has quite a few highlights. The new characters that do get developed are a blast to watch, with special mentions going to Domino and Cable. The action scenes look amazing, just like the first move. The humor that does hit its mark is hilarious, with one of the after credit scenes in particular left me in hysterics. Cable is a great villain as he not only has reasoning for what he wants, but gets enough screen time to make him sympathetic. In spite of the movie’s crude nature, it does manage to get across a very heartwarming message about family.

Deadpool 2 is still well worth a watch if you liked the first one. It does its job as an R-rated comedy well, but falls into the fatal problem of a sequel not being as good as the first because of the flaws stated above. However, it is still a good, fun movie all around, especially if just want a movie to laugh at.