Food No More at the School Store

Why you can't get your chocolate fix during the day anymore 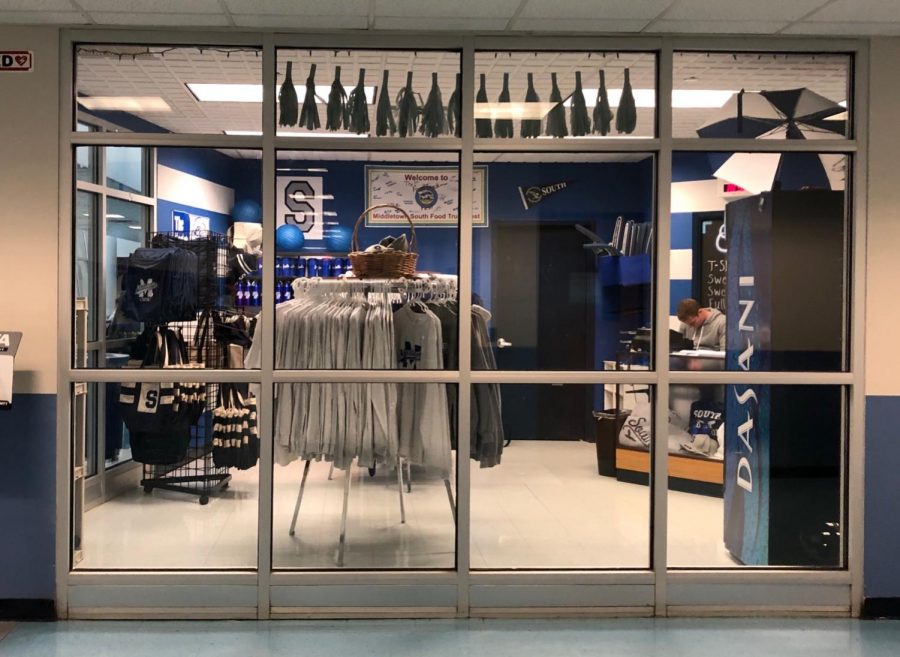 It has now been confirmed: the school store at Middletown South will not be selling food during the 2018-19 school year, as it had in the past. The school store is run by the Future Business Leaders of America club (FBLA), an organization at South responsible for running the school store and handling the annual Food Truck Fest, among other things.

The student members of this club run and operate the school store along with the club’s advisors, Mrs. Galli and Mr. Riverso. The store’s main revenue comes from the wide variety of clothing sold there. In previous years, in the corner of the store, there was a variety of snacks for sale, including pretzels, candy, and gum. Towards the end of the 2017-18 school year, this practice ended.

While many students miss these snacks at the school store, principal Matt Kirkpatrick explained the changes.

“[There’s a] federal statute [called the Healthy and Hunger Free Kids Act, which] requires that all food sold in schools during the school day [must] be in compliance with the nutrition requirements as stated in the Act,” he said. If the school district does not comply with this act, which seeks to reduce the intake of sugar, sodium, and both saturated and trans fats, it risks jeopardizing federal and state meal reimbursements that financially support the Food Service Program, which is important in every school.

Another reason the school store is no longer able to sell food is due to the school’s contract with the Food Service Management Company. This contract does not allow selling food that the FSM Company did not provide for in-school meals, like breakfast and lunch. The school pays fees to this company based on projections of food sales during meal times, so selling food is technically competing with the school’s own food service program, therefore violating the contract terms.

Tabby Brand, a sophomore treasurer of FBLA, was disappointed to hear of this new policy being enforced. “I’m a little sad about it, just like I know a lot of other people are,” she said. She went on to explain that last year, the school store was an easy and convenient spot for her, and many others, to grab snacks during advisory.

Brand mentioned that a compromise between the school store and students would be ideal. It has been noted that, if the cafeteria was open during the day for students who wanted to purchase snacks from vending machines, this would be a suitable compromise to meet the student body’s needs.