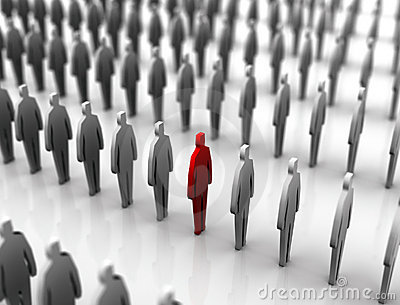 “You’re special, just because you’re you.”

Ever since elementary school we have been bombarded with phrases like “you’re special” and “there’s no one else in the world like you”. Western nations pride themselves on adopting individualism, as opposed to eastern nations, who lean heavily towards collectivism. It is assumed that, unlike our eastern counterparts, we Americans are one of the select few who can think for ourselves on an individual level. We are defined not by our peers or our families, but by our own person. Or at least that’s the idea.

Looking past the thick smoke of cultural assumptions, it becomes evident that this arbitrarily defined “individuality” that we so champion may not be so foolproof.

The reality is that being different is hard. It is certainly not something that comes naturally, like eating or breathing. We, as a species, have an inherent desire to fall back into the comfort of commonality. In accordance with Darwinian thought, it’s usually not the ones who stand out that have the highest rate of reproduction—instead, it’s the average ones, the ones who fit in the most with their environment, that are the fittest to survive.

Is individuality something we must work to achieve? Preaching to children that they are inherently unique, that they have this innate ability to be different from the average human being—perhaps that is backfiring. I do not agree with the drastic claim that individuality is a mere illusion. There is no doubt that humans have the potential to stand out from the crowd. Also, of course, children are not rigid blocks–every child is different, with varying personalities and minds. Some individuals require more encouragement than others. But telling children that they are special by nature is sending the underlying message that uniqueness is simply handed to each and every person. And until we teach otherwise, we are doing children a giant disservice.