The Return of the MP3 Player

Put away your phone: The newest way to get your music is a blast from the past 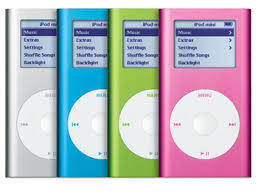 Are old-school iPods far behind?

In the year 2017, the average person prefers to do everything they can on their phone, and listening to music can be one the most important things it’s used for. But for those who prefer buying their music over subscribing to a service, it can be hard to store all that music on a phone that also has all their pictures, videos, apps, and games. Even for the people who use streaming, data and battery usage can cause issues. Enter the portable MP3 player, a device popularized by Apple’s iPod line. Although public perception of the concept has been in decline for the past decade, there are many advantages to a dedicated music player, even today.

While many people see these devices as outdated, the MP3 player has stood the test of time. Apple has discontinued every product in the iPod line except for the iPod Touch, but that doesn’t mean there aren’t alternatives. Recognizable tech companies like Sony and Sandisk as well as lesser known audio companies such as FiiO and AGPtek have full lineups of devices just for playing music. In fact, if you’d prefer Apple’s offerings, used iPods are easy to find on sites like Amazon. These options can be very cheap as well, with some new players available at prices a low as $30.

So why should you consider one of these devices? First off, the storage. Smartphones have been increasing in storage capacity for a while, but the full price is usually $100 or more extra for the less common, higher storage varieties. Some phones offer micro SD card support for expanding storage, but iPhones ignore the feature entirely, and it’s always a gamble whether the new Galaxy S will feature it or not. Meanwhile, most MP3 players embrace micro SD for up to 128 GB of storage, enough to carry around enough to satisfy even the most diehard of music fanatics. When there’s no need to keep overhead for apps, pictures, or videos, even players with a built in 32 GB are enough to satisfy a vast majority of people.

Of course, this isn’t the only advantage over using a phone for music. As tends to be the case with single function devices, music players almost always sound better than phones do. Smartphones are so multi-purpose that many companies get away with putting in hardware that isn’t very good at making music sound as clean as it should. Apple does better than other phone manufacturers do, but even with headphones as affordable as Apple Earpods, the difference between even a high end phone and an MP3 player are pretty noticeable. The treble comes off crisper and the bass is powerful and clear, but not overbearing. With any sort of luxury headphones, the differences between phones and MP3 players become night and day.

Even with all these positives, there are a few downsides to consider before making the jump. Each device has its own negatives, and while companies like Apple and Sony focus a lot on ease of use, some of the more niche producers consider it much less of a priority. With my FiiO X1, load times when opening albums or playlists can be anywhere from three seconds to an entire minute. From my time with the AGPtek A20, the user interface can be difficult to navigate with a large amount of music, since there’s no way to navigate other than single clicks up and down on the album list. Bluetooth connection can be difficult to set up with devices that have support as well, if you’re trying to connect to a speaker or car. Without internet connection, avid music streamers would definitely miss immediate access to new music, as you have to put music files on from another device such as a desktop or laptop computer. However, music services like iTunes and Bandcamp that give file downloads have much larger libraries than streaming services do. These trade offs are negligible it for people who care about audio quality and having a large library of music.

While MP3 players are far from a new concept, many companies have continued designing and manufacturing new ones to supply for the niche that has formed around them. For most South students, phones are the default for putting on some background music or making the car ride more interesting. However, portable MP3 players are a low cost way for anybody to improve their listening experience. While it surely isn’t something for everyone, these devices can make every day better through music for many South students.