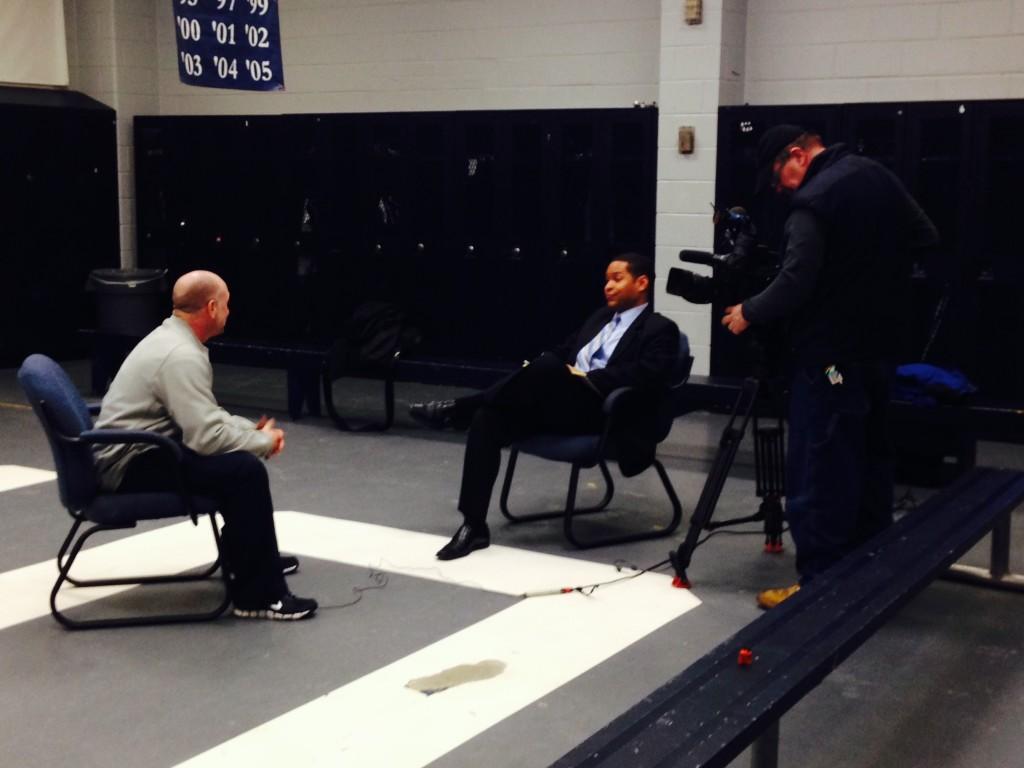 ABC 7 comes to South to interview Coach Antonucci. Throughout the week of January 21st journalists from all over the United States have braved extreme weather and flocked to South to hear first-hand how Knowshon Moreno's former coach and Alma Mater feel about his upcoming debut in Super Bowl XLVIII.

Knowshon Moreno: Denver Bronco, Georgia Bulldog, Middletown South Eagle ’06. Around Middletown, Knowshon’s, now famous orange number 27 jerseys can be seen everywhere. On February 2nd, the Denver Broncos and the Seattle Seahawks will play at MetLife Stadium in East Rutherford, New Jersey. This has been a year of firsts for Moreno: first time starting running back, first time 1000-yard rusher, first time AFC champion. His efforts have helped lead the 12-4 Denver Broncos to Super Bowl XLVIII. Because of this, sports journalists and press have flocked to Middletown South to get the “back story” on Knowshon from Eagles Head Coach Steve Antonucci. Middletown will be rooting for the Broncos, hoping to see Moreno sitting back in the “V Formation.” 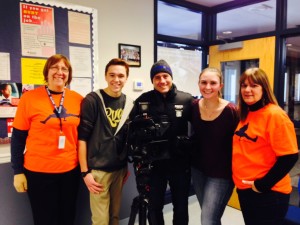 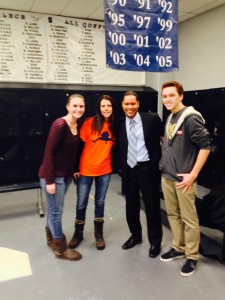 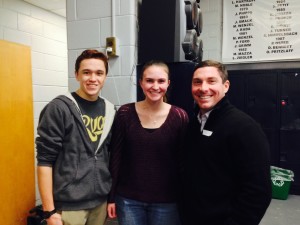 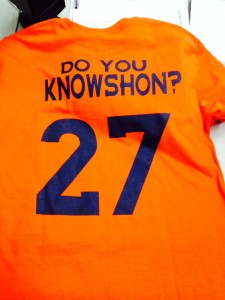