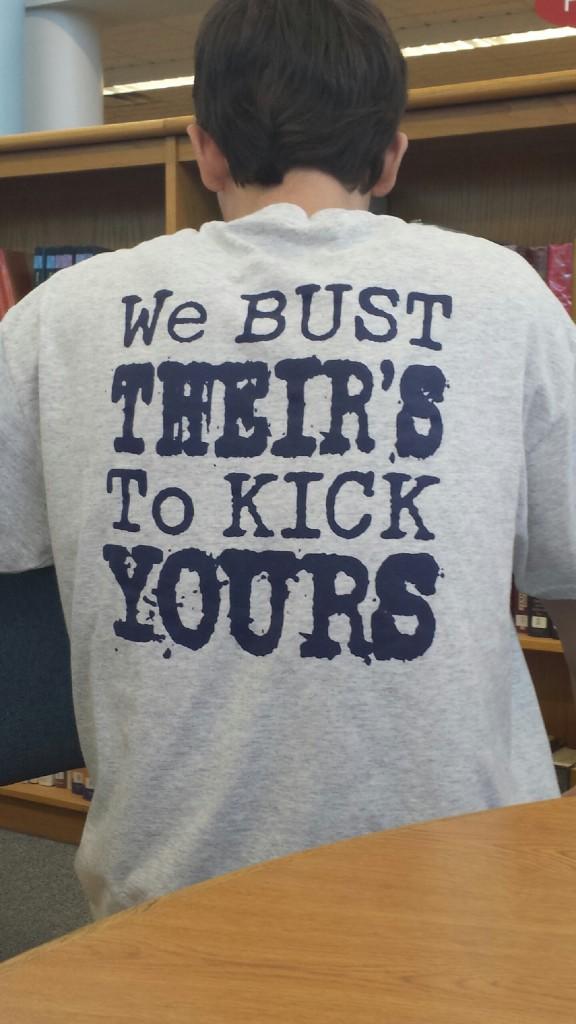 For the first time since 1979, the Girls’ Basketball Team, our very own Lady Eagles, have won the state (sectional) championship. Their playoff run began with a blowout on Friday March 7th against our rival school, Middletown North, winning 49-23. Since then, the team kept a fiery momentum going, playing a really close game against Neptune last Tuesday March 11th for the Central Jersey Group III title. With the greatest MiddSouthNation presence since the football season, Middletown South proved themselves to be just too much for the Scarlet Fliers. Despite a slow start and a double-digit first quarter deficit, the girls made a major comeback, leading 21-17 at halftime. It was not until Neptune’s girls made a dangerously impressive push in the last quarter did the Eagles really prove their resilience. With 3 seconds left for Neptune to tie the game, our very own Stephanie Karcz made a surprising steal off a crucial rebound, sealing the victory. Although it was an extremely close game, our Lady Eagles ended on top, 38-35.
Head Coach Tom Brennan, with 18 seasons under his belt, expected nothing less. He has done an amazing job both training and teaching these girls. With outstanding performances from Sophomore Hayley Dolanzo and seniors Christiana Rutkowski and Rachel Becker, it’s quite easy to see the resilience and determination of the team as a whole. Receiving special recognition for her efforts is Stephanie Karcz, although barely missing the New Jersey best player of the 2013-14 season (2nd place, missed by a mere 4% of votes), won the poll for the best player in Central Jersey with 79,330 votes. Out of 14 different people, her count was 31.25% of the votes according to the NJSIAA Winter Season Brackets.
The year’s basketball season cannot be appreciated without acknowledging and giving particular gratitude to a special group of senior boys otherwise known as the “Meagles.” Tom Marinello, Mike Mastropolo, Matt Barsalona, Chris Meyer, Corey Casini, and Anthony Bonfiglio; these six men showed outstanding resolve in their ability to support the team every step of the way. They practiced with our champions like they were one team, providing enough players for a scrimmage when necessary. The “Meagles” were so impressed with the discipline and determination of the Lady Eagles, “Every single player on the girls team is extremely dedicated and talented. They have a team chemistry unlike any other”, Mike Mastropolo. The players and their support group shared pre-game pasta dinners, pep talks and practice sessions that were a big sacrifice of time for all involved but proved to be mutually beneficial.
“I would just like to thank Mr. Brennan for the amazing opportunity. Over the past couple of years I’ve been blessed with the opportunity to get to know Mr. Brennan. He is a great teacher, a great coach, but even a better person.”-Tom Marinello. The “Meagles” volunteered countless hours of their own time and forged a unique, special bond with fellow athletes who may have otherwise struggled to have enough players to even hold a scrimmage.
Senior Christiana Rutkowski sums up her appreciation for the Meagles support, “Without them, we would not be where we are as a team. They are just as much a part of the team as any of the girls and coaches are.”
Congratulations Lady Eagles…and thank you “Meagles” for your selfless support!