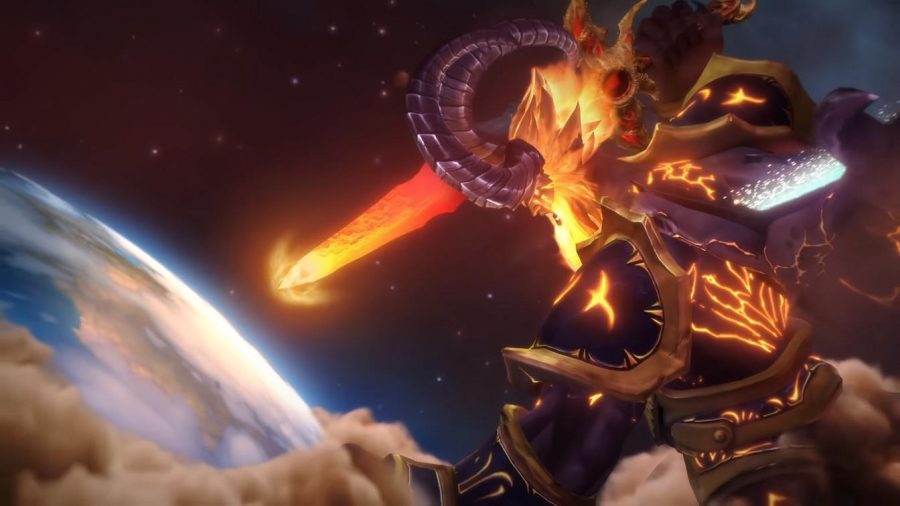 Back in September of 2015, I wrote an article reviewing the then-recently-released World of Warcraft: Legion expansion. At launch, I thought it was fantastic and a successful revival of the game after it had hit the lowest point of its lifespan. I even claimed the game was better than it ever had been. But World of Warcraft expansions change heavily over the courses of their Patch Cycles–updates change systems, and advance the story over time, providing a stream of fresh content for players to justify their subscriptions and keep them engaged for the multiple years that an expansion remains current. This can change the game for better or for worse.

And with Legion… it’s complicated.

The first patch, Return to Karazhan, was nothing short of great. It was released very shortly after launch, not changing many systems but still adding several pieces of fun, relevant content. The dungeon introduced did exactly as advertised: it was a return to Karazhan, a classic locale of the game that many players remember fondly for its engaging gameplay and unique setting that managed to be both haunting and funny at the same time. It was much more difficult than most dungeons and was easily the size of three or four standard ones, covering a much larger area with enemy encounters that would even be suitable for much larger groups. A new questline called Insurrection was also added, continuing a fan-favorite endgame story and leading into the second Raid, which was also released around then and proved to be a high point of the expansion’s Raiding scene, at least in my opinion. There was also the set of quests to get falcosaur mounts (Basically a mix of birds and somewhat anatomically correct raptors), which although frustrating, was a memorable experience that had you really bond with your pet falcosaur. Although small, this patch really did a lot to keep the breath of life in the game.

So with a nice opening to the cycle, it was looking like the second patch, Tomb of Sargeras, was going to be great. And it was absolutely not. There were little bits of good content like getting special flying mounts for each player class and a pretty decent new dungeon, the Cathedral of Eternal Night. Everything else? Mediocre at best. The Broken Shore should’ve been a really climatic experience due to its plot significance, but it had the same dull gray and green color palette as every other demon-themed location in the expansion, taking absolutely nothing new to the table despite its vast potential as an island raised from the seafloor. And the quests were really monotonous, just as samey as the zone’s appearance. The accompanying raid, Tomb of Sargeras, was also a mixed bag of frustration and missed chances. Kil’jaeden, one of the most famous villains in Warcraft history, was given an underwhelming sendoff. His death scene was well done, but the battle with him was immensely irritating and he was given almost no significance in the quests prior to his death.

So after this really frustrating low point, they released the third and final patch, Shadows of Argus. And it was actually pretty impressive. Now sure, it wasn’t perfect– Invasion Points got boring after a while, world quests still didn’t change very much, and the Antoran Wastes zone is easily one of the worst in the game’s history due to its incredibly boring color palette, infuriating terrain, and complete lack of compelling content. And that seems to stack things against Argus. But it also had some really great parts. The patch introduced three new zones, a new record! And ignoring Antoran Wastes, Krokuun and Mac’aree were both fun and a neat departure from the rest of the expansion. Plus, they told a compelling story about a lot of the cosmic forces shaping the Warcraft universe, even showing a few new twists on what could really be considered good or evil. And the characters of Alleria and Locus Walker, the central focus of Mac’aree, are absolutely fascinating and open up vast potential for future stories. Plus, the end raid, Antorus, wasn’t half bad either. There was a bit of a bizarre difficulty curve with the hardest boss being the third to last one and the easiest being the second rather than the first, but the fights were fun for the most part and the story was neat. After all, it ended with a giant sword being plunged into the world. That’s hard to make boring.

Then Blizzard released a minor patch as 7.3.5, which introduced level scaling and a short questline focusing on the aforementioned sword wound, which also led into new player vs. player content. And while this might not seem like much, it was fantastic. Level scaling fixed a lot of broken early game content, which is a great blessing for new players and anyone seeking to play more than one character. The sword story wasn’t very long, but it was a bit of quick fun, which was all it needed to be. And the new player vs. player battleground, Seething Shore, was only released very recently but has already proved to be some of the best PvP content in a while. Also, with author Christie Golden placed at the head of the game’s writing, the story is becoming a lot more compelling and well written than it was before, setting the stage for the next expansion, Battle for Azeroth.

So Legion was pretty good in the end. It’s not a new golden age or anything and it’s still not as good as Mists of Pandaria, my personal favorite expansion. But it got the game back from the brink and is setting the stage for an even better future. The game isn’t perfect now, but if things keep heading in this direction it’ll get pretty close to that. And maybe the old king of the MMO genre can reclaim that throne.