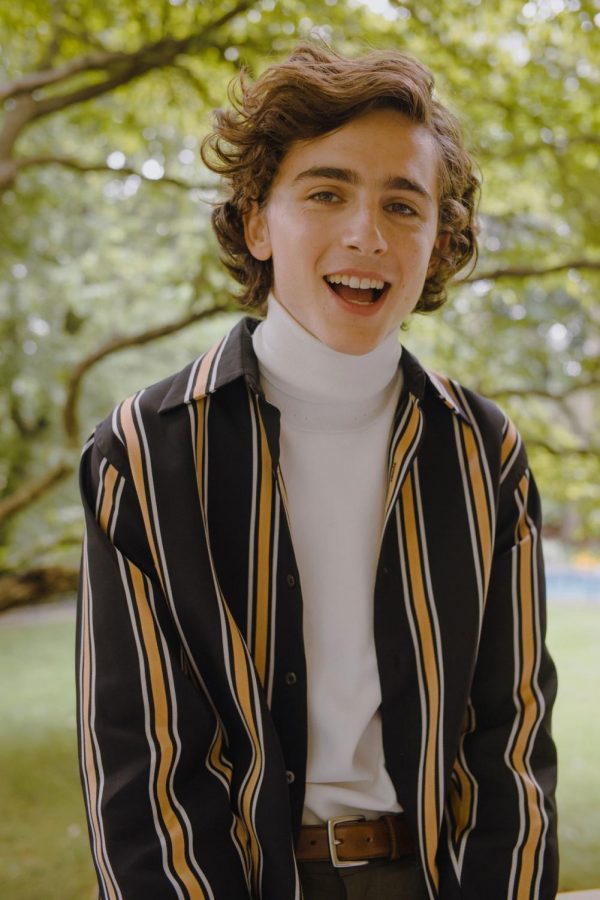 Rise to Fame
Chalamet made his first appearance in a short film called Sweet Tooth in 2008. From there, he has starred in many popular movies such as Hot Summer Night, Ladybird, Call Me By Your Name, and Beautiful Boy. He also performed in a series of rap videos in which he called himself Lil Timmy Tim.

What’s Up Next?
The most recent movie Chalamet has starred in is the remake of Little Women, right beside his previous co-star from Ladybird, Saoirse Ronan. Then, he’ll star in The French Dispatch, in which he’s once again acting alongside Miss Ronan. The movie is set to be released on July 24, 2020. (Chalamet also has the lead role in the Woody Allen movie A Rainy Day in New York, alongside Selena Gomez. Filmed in the summer of 2017, it does not yet have a release date. )