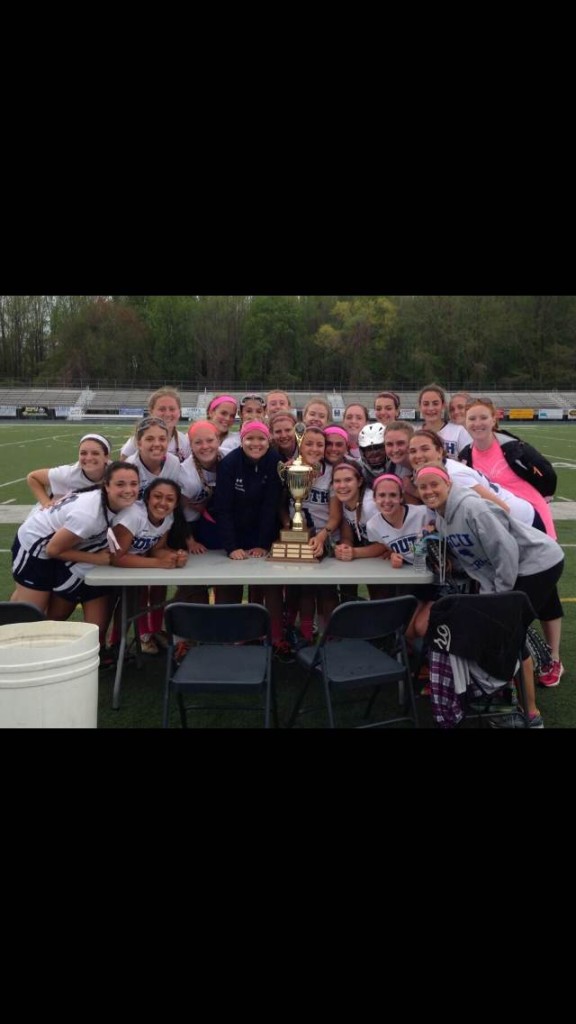 The team celebrates after a double-digit win

Middletown South’s Lacrosse program has been experiencing some amazing development this year, and this has culminated in a victory that means more than just a number in their record. The Girls’ team dominated play against their crosstown rivals, the Middletown North Lions, in a statement win by a final score of 16 to 5. The double digit victory marks the first of  many battles for Middletown bragging rights for years to come, and it also caps off a solid 6-win season for the team, given that this is South’s first year with varsity Boys’ and Girls’ Lacrosse teams.

High school lacrosse in Middletown technically began last year when both North and South introduced a Junior Varsity team to the Shore Conference, and now each team has been elevated to varsity level, a tough transition for any school. However, the Eagles have had an impressive first season, holding their own and building the program for years to come. Sophomore Brittany Slook led the team with 31 goals during the season, showing promise for future teams. On the other hand, Senior goalkeeper Monica Bubello stopped 138 shots throughout the season, and her leadership will prove important in handing her position off to a younger player next year.

Sophomore Stephanie Karcz led the Eagles’ attack on Middletown North with three goals and an assist. The scoring was distributed across the whole team, as 11 South players were able to score a goal or an assist in the game, leading to one of South’s most dominating performances of the season. Senior Xena Valenzuela was able to score once before suffering an injury and requiring stitches at half time, but her leadership this year was an instrumental part of the team’s progress this year. Xena said of the team that she is, “very proud of everyone, and it’s been amazing to see how much we’ve grown and how much we’ve learned as a team.” The senior continued by saying that, “Even though we played teams of high skill level and experience this year, we played our game and found a way to contribute and learn from every game.” The season’s end will be met with bittersweet feelings for the team, as they have grown close and have developed an inseparable chemistry that will no doubt be passed down for years to come.