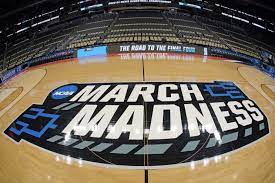 The NCAA March Madness tournament is a series of extremely entertaining and captivating college basketball games. The most competitive teams across the country participate in nail-biting, one loss elimination matches to see which team is the best. The final 2022 March Madness included appearances from Kansas and North Carolina Chapel Hill basketball. Interestingly enough, Coach Bill Self of Kansas played for Oklahoma State University during his college years and Coach Hubert Davis of UNC played for Chapel Hill. The history these coaches have with the school they are coaching is extremely important. The relationships they share with the school they work at are key for how far the coaches are able to take their teams throughout this tournament; both UNC and Kansas went undefeated until the championship game. Kansas left the court with a victory over North Carolina by only three points. This tournament left me wondering, do coaches have an impact on how far the team progresses? Is their past and history with the sport really that important?

In my opinion, the personality, values, and attitude of a coach for any sport can make or break a team no matter how athletic, talented, or gifted the players are. Hubert Davis has a special connection to his school. He is able to put himself in the exact shoes of his players. All the memories from his years of playing come rushing back each time he walks into the UNC home court. Kansas won the NCAA March Madness tournament, and I think that their coach, Bill Self, had a huge part to play in that triumph. However, even though UNC did not walk away with the win, their coach knows what loss is. In 1988, playing for North Carolina, Hubert Davis and his team made it to the elite 8, losing to Arizona. In 1991, UNC played in the final four of the March Madness tournament and ironically ended up losing to Kansas. Loss is never easy, but Davis knows how to deal with it, overcome it, and be able to cope with huge disappointments. While both Davis and Self are able to use their experience to help guide their players, I believe that it is more beneficial for the players in the long run to have a leader who was once living the same life that they did, a basketball career at UNC. While a team might not need a coach who played at their school to win, I think that they need leaders of player alumni to show them the true meaning of the game.